Crime Beat News has acquired, what appears to be, an official Letter of Admonishment (warning) issued on November 5, 2021 by New York Department of State to disgraced polygraph “expert” Daniel Ribacoff. The letter sent to Ribacoff indicates that the New York State division responsible for issuing and overseeing P.I. licenses, investigated Ribacoff’s Long Island firm, International Investigative Group (IIGPI), based upon a complaint they received.

The letter concludes with an official warning from NY Department of State District Manager Jack Bilello to Ribacoff stating that future violations may result in disciplinary action against Ribacoff’s private investigator license.

Greene and other P.I.’s Hired by Ribacoff are Defendants in Long Island Sexual Assault Lawsuit

Allegedly, the dirty P.I.’s Ribacoff hired for the 2018 private investigation, consorted with and befriended the female subject in an effort to control her movements, among other things (which Ribacoff condoned according to evidence). Eventually, these inappropriate interactions, in some cases, lead to more nefarious physical contact between Ribacoff’s investigators and the female subject.

According to court documents, Mike Greene and fellow P.I. Richard Custodio are accused of allegedly raping the female subject they surveilled while working for Ribacoff’s company IIGPI. The Plaintiff, who was the female subject of the private investigation in question, also accused Greene of drugging and recording her during the rape without her knowledge.

According to live court testimony from forensic expert Joseph Caruso of Global Digital Forensics and as alleged, Yanti Mike Greene, a.k.a. Michael Greene, a former NYPD detective, intentionally and materially edited video of the subject’s rape (which occurred during the 2018 private investigation), and attempted to deceive the Court and Plaintiffs by concealing the majority of the footage he recorded (over 12 minutes of unedited video was eventually recovered from Greene’s iCloud account by forensic investigators), violating specific court orders.

Greene is currently awaiting trial (scheduled for February 15, 2022) in Nassau County Supreme Court for criminal and civil contempt, stemming from his alleged willful and deceptive actions.

The footage concealed by Greene allegedly includes incriminating video of the Plaintiff’s rape commencing at least 10 minutes prior to the edited versions Greene submitted, the Plaintiff in an incoherent state with her face turned toward the seatbelt well, her head wedged against Greene’s car door, Greene hovering over the Plaintiff, forcefully grabbing her hands and positioning them for his camera, and disturbing, graphic audio from Greene while he violated the Plaintiff (surveillance subject) over and over for nearly 13 minutes, actions consistent with that of a perpetrator.

Dan Ribacoff, members of his family, and IIGPI are also Defendants in Multimillion Dollar Lawsuits Alleging Fraud, Overbilling, Negligence, Aiding and Abetting Rapes and Sexual Assault of a Female Subject

Dirty P.I. and celebrity self-proclaimed polygraph expert Dan Ribacoff, who along with family members Lance and Lisa Ribacoff, and their firm International Investigative Group (IIGPI) are currently defendants in separate multimillion dollar lawsuits in Nassau County Supreme Court. The Plaintiffs in the associated lawsuits allege the Ribacoff’s and IIGPI engaged in fraud, negligence, overbilling, and aiding and abetting the rapes and sexual assaults of a female subject from the 2018 private investigation supervised by the Ribacoffs.

String of Bad News for Dan Ribacoff and his Companies IIGPI, InDepth Polygraphs

With the conclusion by New York State investigators that Ribacoff’s firm, IIGPI, subcontracted with Yanti Michael Greene, an unlicensed private investigator, who allegedly raped his surveillance subject while working for IIGPI, one can assume that negligence played a significant role in the outcome of these tragic events, the Plaintiff’s allegations are credible, and the Ribacoffs and IIGPI face considerable liability.

Dan Ribacoff, who has appeared as the “polygraph expert” on NBCUniversal’s The Steve Wilkos Show, hasn’t been seen in any new episodes and is no longer featured as a team member on the show’s official web site. NBCUniversal did not respond to DCPI’s request for comment regarding the serious allegations against Ribacoff.

Are “Made-For-TV” Polygraphs Different Than Polygraphs Performed in the Course of a Real Investigation? The answer according to Lisa Ribacoff; Yes

Lisa will be giving attendees an interactive crash course on lie detector tests. She’ll discuss the reasons why polygraph tests are administered in the first place and the important differences between a “made-for-TV” exam and one that is performed in the course of a real investigation. 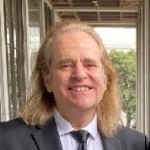